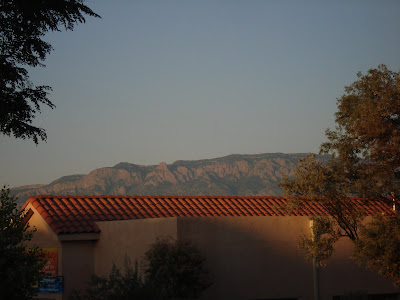 It didn’t take much to convince me that the shitty Cincinnati weather and the mediocrity that defines the city would have me deciding to move 1400 miles winding down most of historic Route 66 to the high mountain desert of Albuquerque, NM. For those of you that forgot your geography New Mexico is part of the United States and has got to be the most beautiful state in the union.

If you’ve never been to Albuquerque…it is not a desert like; sand, dead things in the middle of nowhere, tumbleweeds and cacti as the only vegetation. There are more green trees and grass than I saw in Cincinnati. You will find over 320 parks and my back yard boasts the Sandia Mountains as its Sky Line.

I have discovered there are way more “fit” people here then “fat” people here. Everyone says “hi” to you for absolutely no reason except that you just happen to be passing them by. Albuquerque has become one of the more progressive cities that I have seen. Unlike Cincinnati, the police are actually able to do their job and keep criminals off the streets. It’s amazing what a real strong Mayor and an aggressive, safety conscious Police Chief can accomplish. The ABQ Journal in cooperation with the APD highlight all the arrests made to help keep the public informed. Check it 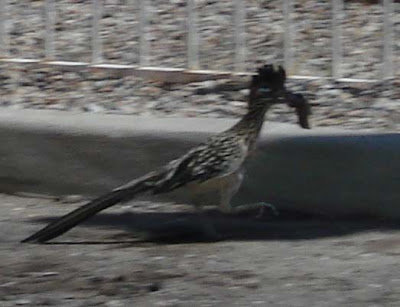 One of the greatest things about Albuquerque is that you are one within 10 minutes from anywhere to the Sandia Mountains and they are an awesome site to be had.You won’t believe this but there are sidewalks everywhere and bike paths on every single road in case you feel like getting off your ass and walking or biking somewhere. It isn’t unheard of to catch a Road Runner trekking across your back yard with some eviscerated prey in it’s beak and to hear Coyote among the humming of the traffic.

Albuquerque…one of the most fit cities in America!

I wish the whole fitness industry was like this…

Why I Believe in a Nutritional System …Not...

Swimming is the Worst Exercise for Fat Loss

I’ve stolen an article from The Center for...

Just a few articles about the soda ban…

Welcome to Albuquerque! I found your blog through the Duke City Fix website.

I have lived in New Mexico most of my life and have to agree with you about how beautiful it is here.

And, what could be better than 320 days of sunshine to get out there and exercise!?

I just rode my bike in to my studio today and man do I feel great! We even got a few sprinkles of rain at the end of the ride up the hill! (We live in the valley and our studios are by the University)

Anyway, I hope to make it to your boot camp workout sometime in the very near future, so glad you moved to Albuquerque!

I see your point. Although I am a hopeless optimist and I am forever rooting for the underdog. Being able to actually change that 3-5% lives for the better would be worth a million bucks to me! Of course I am not a fitness pro at all so I can’t help either one 🙂
I am sure in your 20 years you have changed a lot of lives for the better though and I am so happy for you that you have found your “place” now!!! I wish I was that excited about where I live!!!

(Not that it is bad it’s just not THAT exciting!)

I’ve finally figured out after over 20 years in the fitness business 95% of Fat people say they want to lose weight and only 3-5% do something about it. 95% of fit people want to become more fit. Who would you want to help people that are motivated or people who are not. I take the former.

Rocco that is so great that you have found a place that you truly love to call home!! You can totally tell from each and every word you write just how much you like it there!!! I am not sure I have ever heard someone who didn’t live in the tropics rave so much about where they live.
One question though. If there are so many fit people in NM then who are you going to help now?? Thank goodness we have the good old internet! You can still help us fat people in other states!!!